Are you a trader or a rule maker 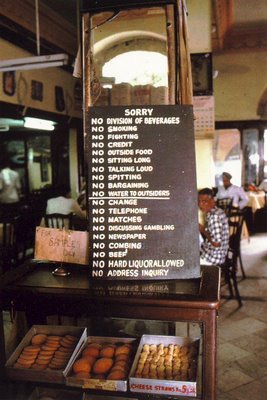 Every day I find a new blog proclaiming with absolute certainty that if you followed the 10-12-15-20-100 rules of trading, success is assured. I have seen many traders making new rules everyday or every week. There seems to be some relationship to their struggle for profitability and rule making.

Trading psychologists are another set of people who are peddling the rule following magic miracle pill to your trading success. Most of these psychologists have not been successful in trading. But they are very successful in making unsuccessful traders believe that if you follow their rules, making millions is easy.


Another set of rule makers are the trading gurus and newsletter writers. Now these people are very good at making rules that appeal to followers. It is an excellent marketing strategy. Most unsuccessful people have a feeling of inadequacy. When a guru tells them your success is guaranteed if you follow these simple rules, then there is instant reassurance and more subscribers. I am yet to see a newsletter writer who does not claim to have his own rules to guaranteed riches. When own rules lose appeal then there is always a recourse to searching for rules by others like Jesse Livermore, Richard Donchian, Nicolas Darvas, Bernard Baruch etc. and promoting them to others.


Now if you look at the actual rules, they are often vague, self contradictory and in most cases based on some unproven market assumptions. A rule which sounds good or is a clever play on words or is a nicely constructed sentence like " Plan your trade and trade your plan", does not mean it will work. Often there are contrary rules someone says " As a rule I never buy 52 week high", someone says "Never buy a 52 week low". Then there is a rule which is often the most quoted one with various twist to it- " Never risk more than 1/2/5/8/10% of your capital on a trade". The same rule gets twisted in some cases to "Never put more than 10 or 20% in one position". While the billionaire trader George Soros says be a pig if you have a good idea. Warren Buffet risked more than 30% on one trade. But what do those two gentlemen know about trading. If you examine each of the most widely quoted and popular rules you will find such contradictions.

The other problem with the rule makers is, those rule might be working for that specific trader (in totality of what they do in their trading) but the way they promote it is in absolute terms. No rule maker says " As a rule I never risk more than 1% on a single trade" or " As a rule I never buy 52 week low". Instead the rules are proclaimed like Moses handing out The Ten Commandments.