Earnings Season - A time to be very careful..... 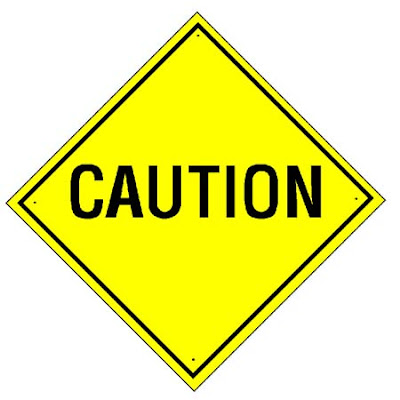 Like many other traders, when I started out trading, I was told to avoid the earning season. I was told it is the most dangerous season to trade. You will find many traders avoiding the earning season.Visit the trading blogosphere and see how many are saying they don't want trade during earnings. If you don't challenge the conventional wisdom you miss out on some very good opportunities.If you scratch deep down, very few people understand how the earnings game works.

One of the reason this meme has taken hold is because some stocks gap down on earnings. Some reveres their long running rallies on earning. If expectations coming in to the earning season are high even a good earning is not good enough. That is why you will find many rookies buying stocks with superior earnings late in their earning cycle and getting hit hard.

Psychologically traders like most human beings tend to focus on losses more than profit. For every stock which gaps down or reverses there might be probably 5 unknown stocks which gap up or reverse and start a multi month rally during the earning season. But the few disasters get noticed because those are in familiar well known names the positive things happen on unknown , less familiar names, so they are not on most traders radar.

Avoiding the earning season is a good prudent, less risky and conservative strategy. That is also the reason that daring, risk taking and aggressive speculators are more successful than most conservative investors. Playing earning based strategies is more suitable for those aggressive speculators who are looking for very high returns and willing to take the risk associated with that strategy.

Each earning season is different and coming in to this earning season, I have very low expectations because market has had a nice run coming in to the season.I am expecting a significant correction in market currently. Earning based strategies work best in low expectations scenario or at extreme momentum stage ( the blowout phase). But I am still confident of finding at least 5-10 opportunities that will make 20% plus moves post my entry.

Email ThisBlogThis!Share to TwitterShare to FacebookShare to Pinterest
Labels: Earnings

Do you sell an existing position prior to earnings as a matter of course, and do you set up a run of companies reporting each day?

No. I only look at companies after they report earnings.

When you are being careful on earning season, you're just careful in general or you implement that extra care in concrete strategies such as tighter stops or anything else?

Read my post again, I am saying those who say to be careful do not understand how to trade earnings.

I definatly agree with that Pradeep, i do not speculate buying pre earnings. Its a losing game.

However since i usually have 1 or 2 stocks that im holding for an extended period of time, i will hold those through earnings sometimes. But only because i have conviction that I know that even if there is a post earnings selloff, it will recover again and make new highs.